I titled this post “Third Time’s the Charm” because today is the third time we attempt to actually finish Hell’s Revenge. Since yesterday on Pritchett Canyon was a hell of a day, we took today easy and checked out and packed. We had a good breakfast, and met up to wheel Hell’s Revenge around 11:30AM. 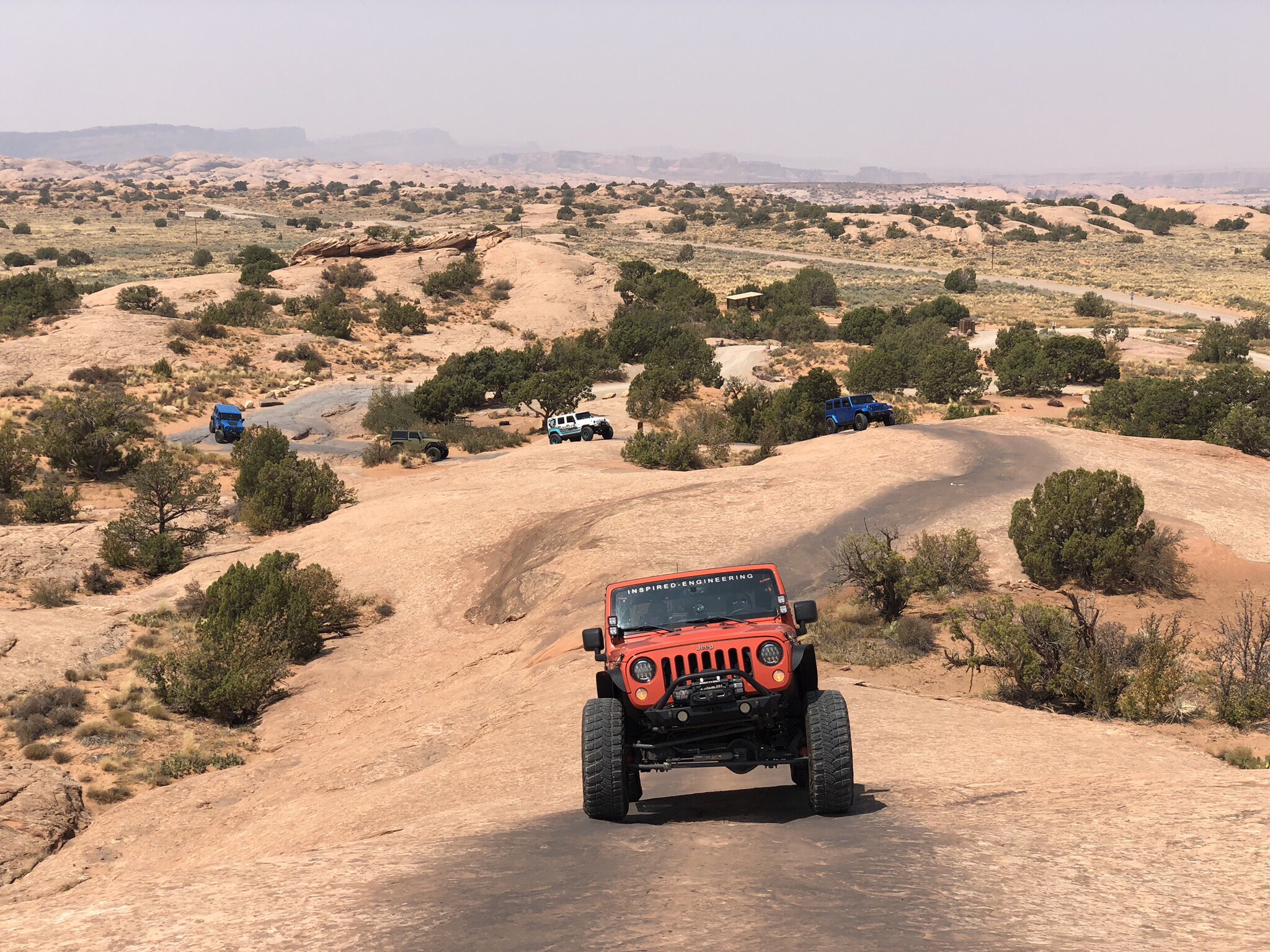 Hell’s Revenge is one of the most popular trails in Moab since it’s only a few miles long and has several really great obstacles. Most of the trail is steep climbs and descents while on rock with plenty of traction. The black rubber from others’ tires and spray paint marks the trail. You’ve probably heard about the famous obstacles within Hell’s Revenge. These extreme obstacles are all optional along the trail. Other than these major obstacles, Hell’s Revenge is a very doable trail that can be done in a stock Jeep Rubicon. There is so much traction atop of these rocks that really help the tires grip and do what they need to do.

Hell’s Gate is an infamous obstacle within Hell’s Revenge. You can find many videos of Jeeps rolling on this one, but I figured if a Kia Sorento can do it, I can too. Lockers on and in first gear, my Jeep made it up Hell’s Gate with ease. It was exhilarating to get through this obstacle, because I felt nervous at the beginning to make the steep climb full of off camber moments requiring careful articulation.

At the top of Hell’s Revenge, there is a large pothole known at Mickey’s Hot Tub. The hot tub is a large hole in the rock that really challenge a Jeep and it’s driver to go in and out. At the time we did this trail, the hot tub was filled with at least a foot of water, and so nobody in the group attempted it. 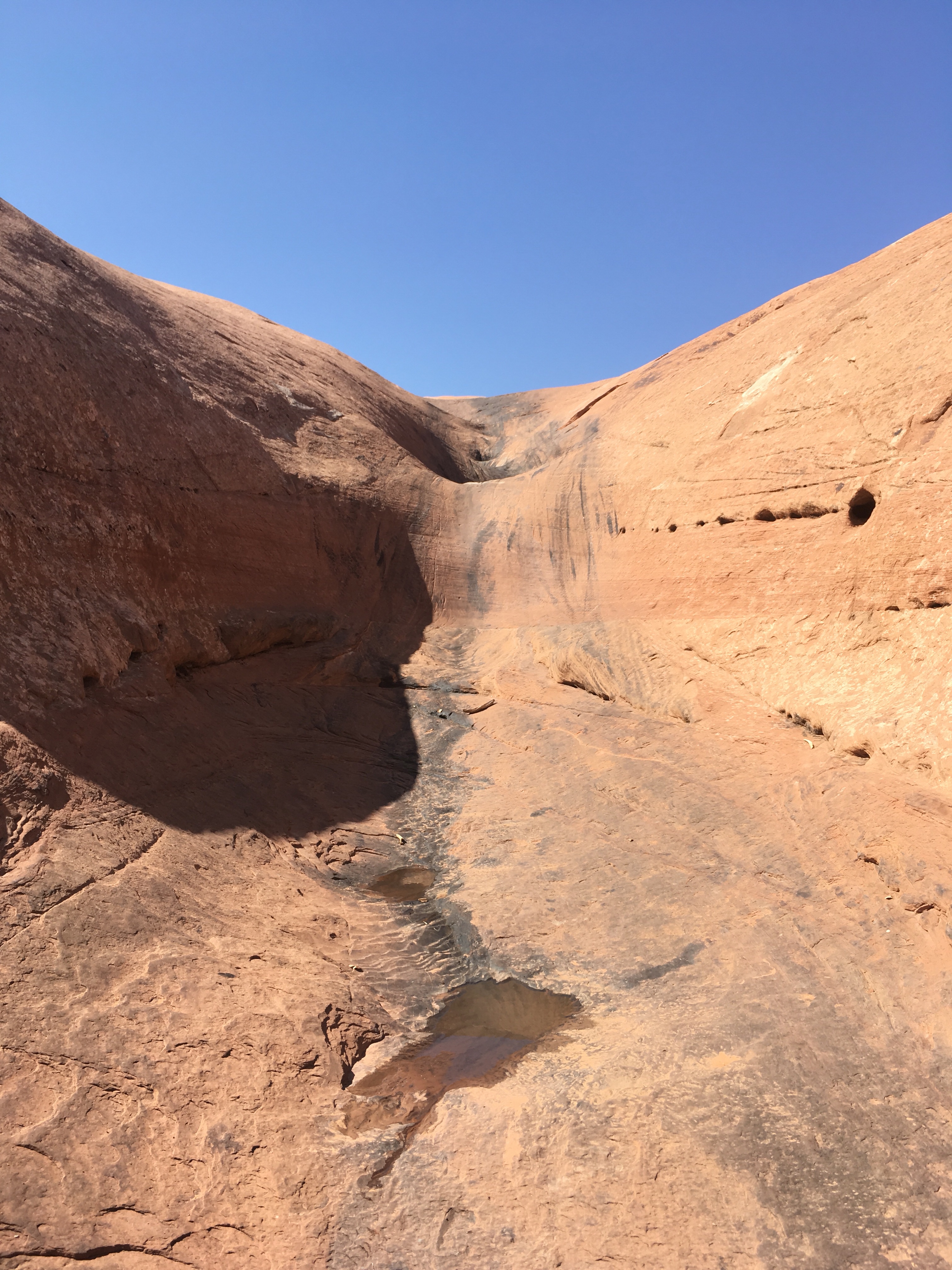 The last major obstacle of Hell’s Revenge is called “Escalator”. This obstacle is intense and a stock wheelbase two door Jeep won’t typically make it, but I still gave it my best attempt. Eventually, my wheelbase was not enough to grip the next climb and the Jeep got tippy, so my friends helped me winch a bit. Although I needed the tug of a winch, I’m really proud of myself for trying and truly giving it my all. 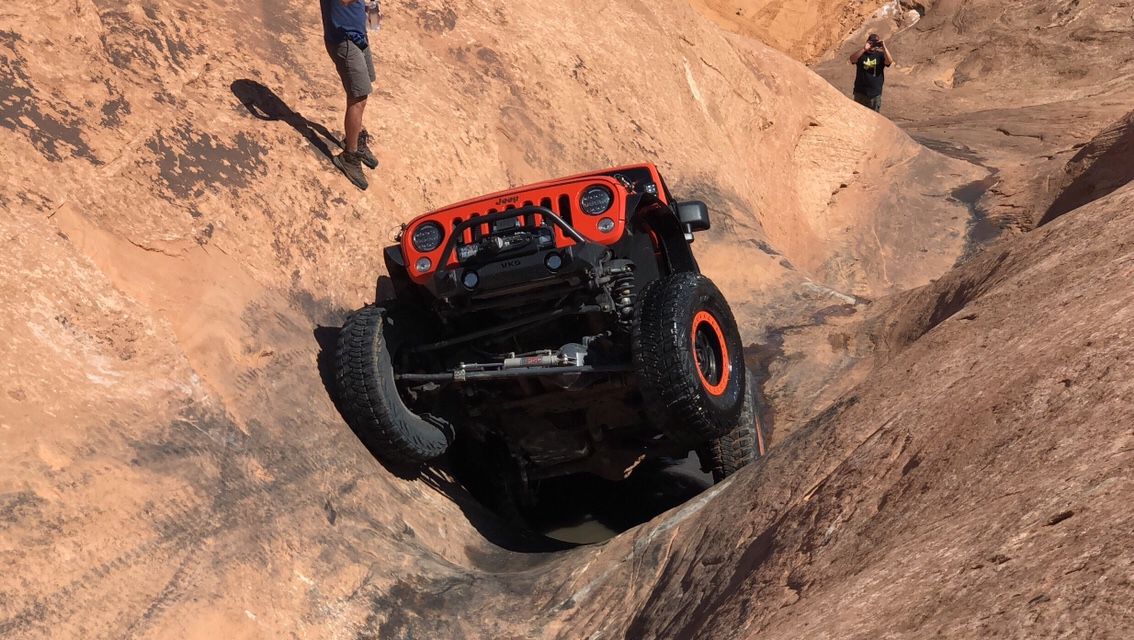 After that run of Hell’s Revenge, we grabbed a late lunch in downtown Moab with the group and a few lone travelers we had met on the trail. Sami checked over the trailer and made sure everything was tight and good to go for our departure the next day. The day was ending and Sami and I decided to head to Arches National Park once more to get some pictures with The Windows and the Turret Arch. It was a the perfect blend of off-roading and relaxing for the day.