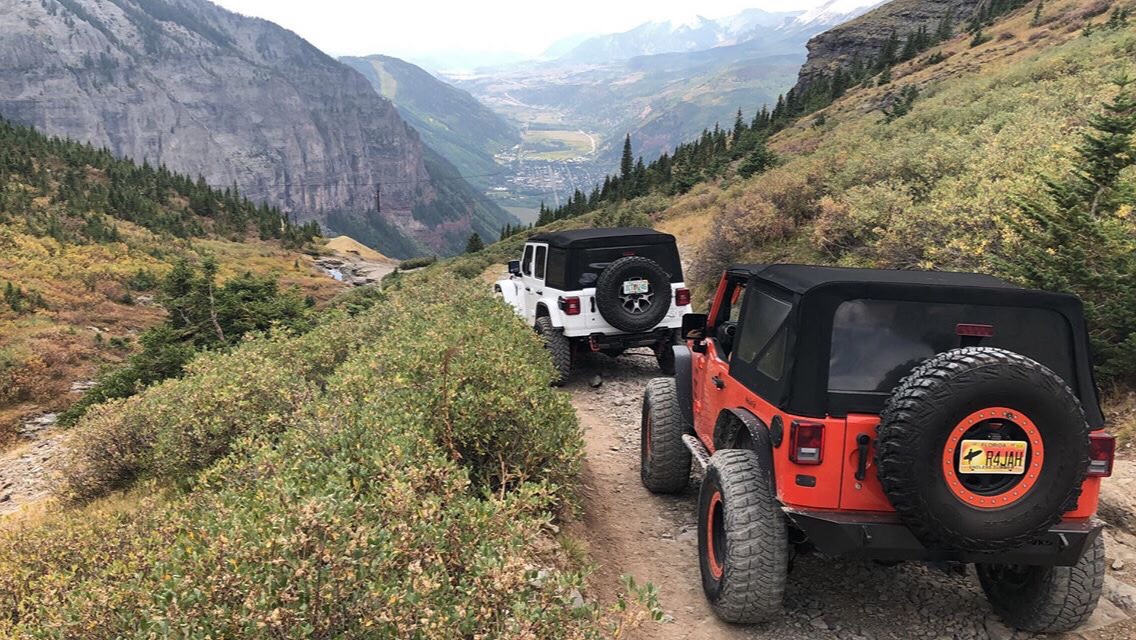 Woke up in Moab and went to bed in Colorado today! After a week in Moab, we have been itching for new views and Colorado was the cure. We took off and made it to the trailhead of Black Bear Pass by noon. 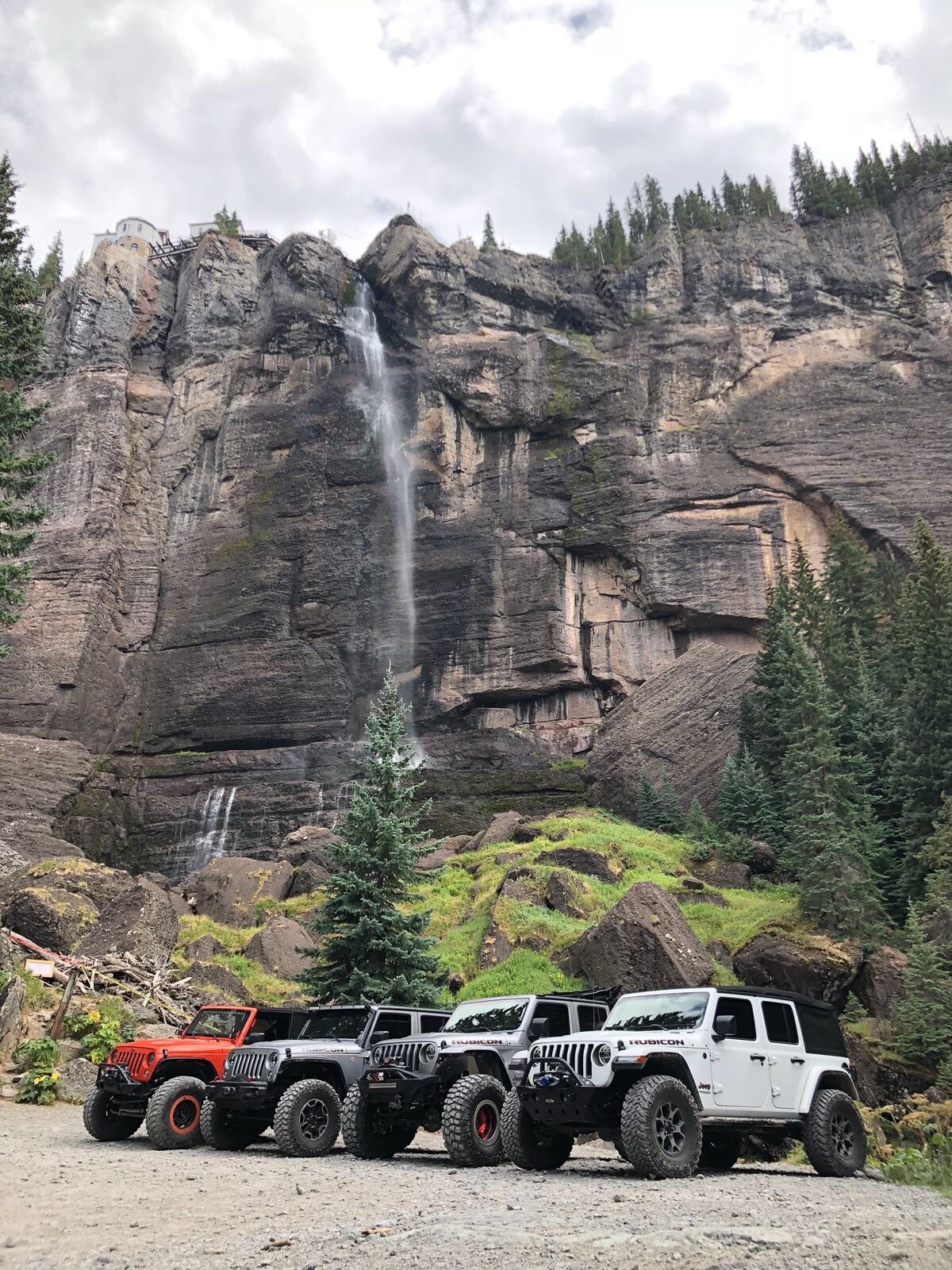 Black Bear Pass is a Jeep Badge of Honor trail that is known for the mile-long stretch of dangerous and narrow switchbacks. Most of the trail is easy to moderate, but the guidebook rates the trail as difficult due to the switchbacks. It’s important that you have a vehicle equipped with good brakes and 4WD low for this trail. Black Bear Pass starts at 12,800 feet above sea level, and you’ll have to drive through the city of Ouray and then up paved mountain roads to get there. The Pass goes through the mountain and then down to the beautiful city of Telluride for a total of ten miles offroad. To do the entire Pass, you’ll have to start in Ouray because there is a section of the switchbacks that is one-way only. If you start in Telluride and go up the Pass, then you will need to turn around before hitting that narrow section of switchbacks. Ouray and Telluride were both beautiful towns and full of tourism. 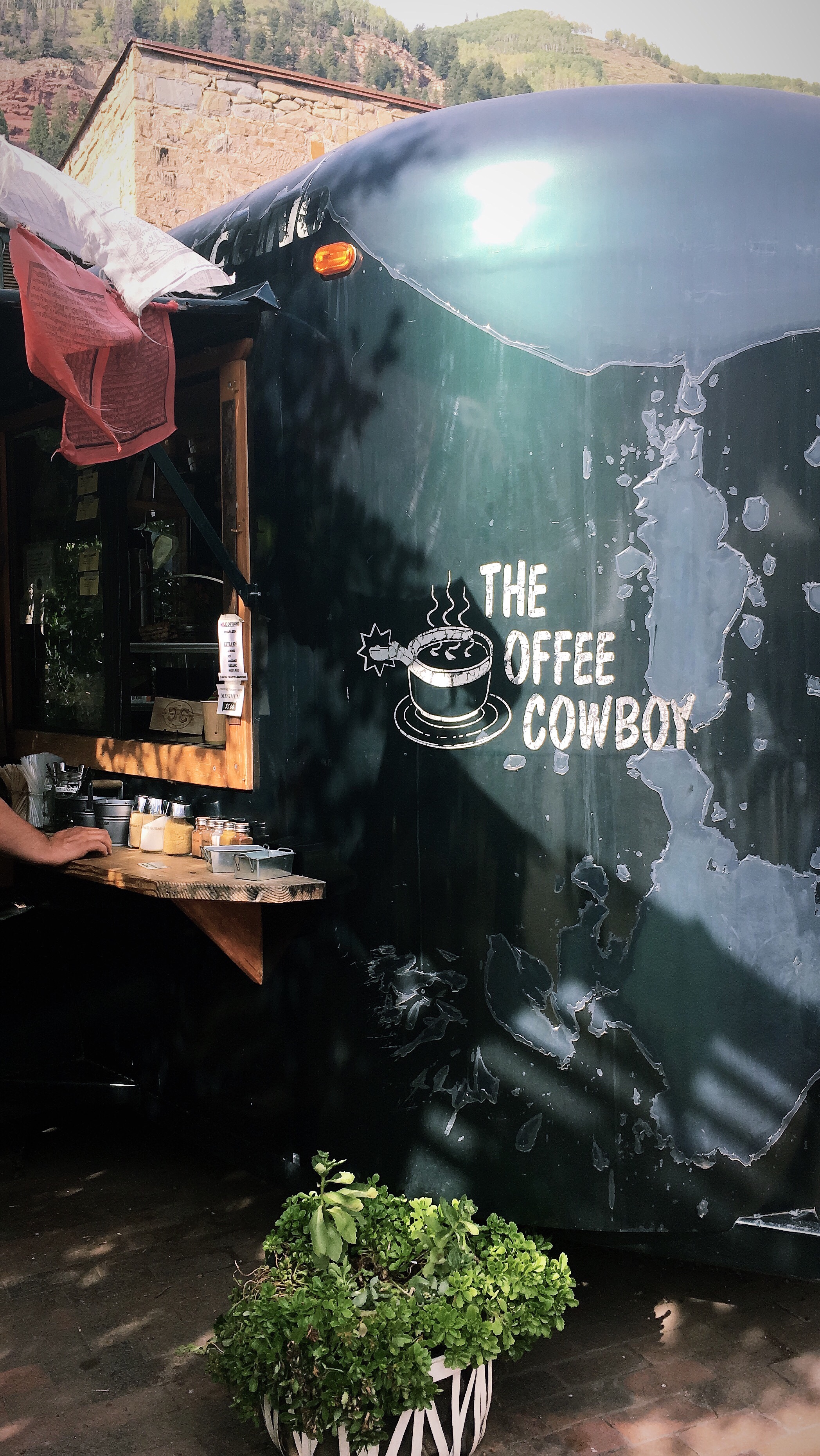 Being so high up in the mountains of Colorado was beautiful and we captured memories that will be with us forever. Although the trail was not hard core off-roading, the scenery was worth it. The Bridal Veil Falls above the switchbacks was beautiful, and it is evident why it is called “Bridal Veil Falls”. 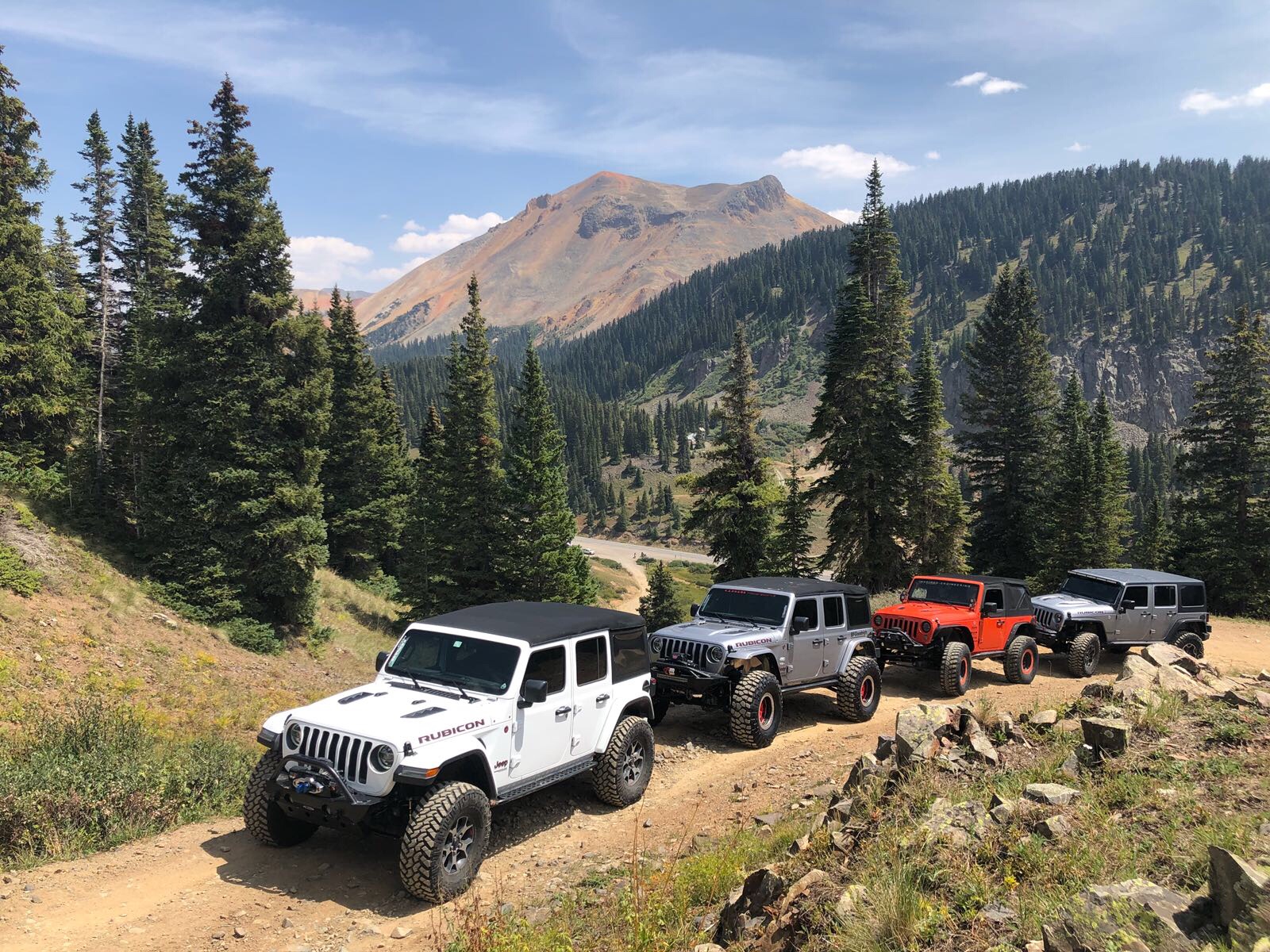 Imogene Pass was a really cool trail jam packed with a history lesson. This twelve mile pass of moderate off-roading is the second highest drivable Pass in the state of Colorado.

Imogene Pass goes through Tomboy Townsite, which used to be one of the most active mining towns in the country. There is tons of building and mining debris visible from the trail, but most of it is too dangerous to explore. These mining town ruins made Imogene Pass super interesting and it was hard to focus on the trail and driving when there was so much to see out the window. 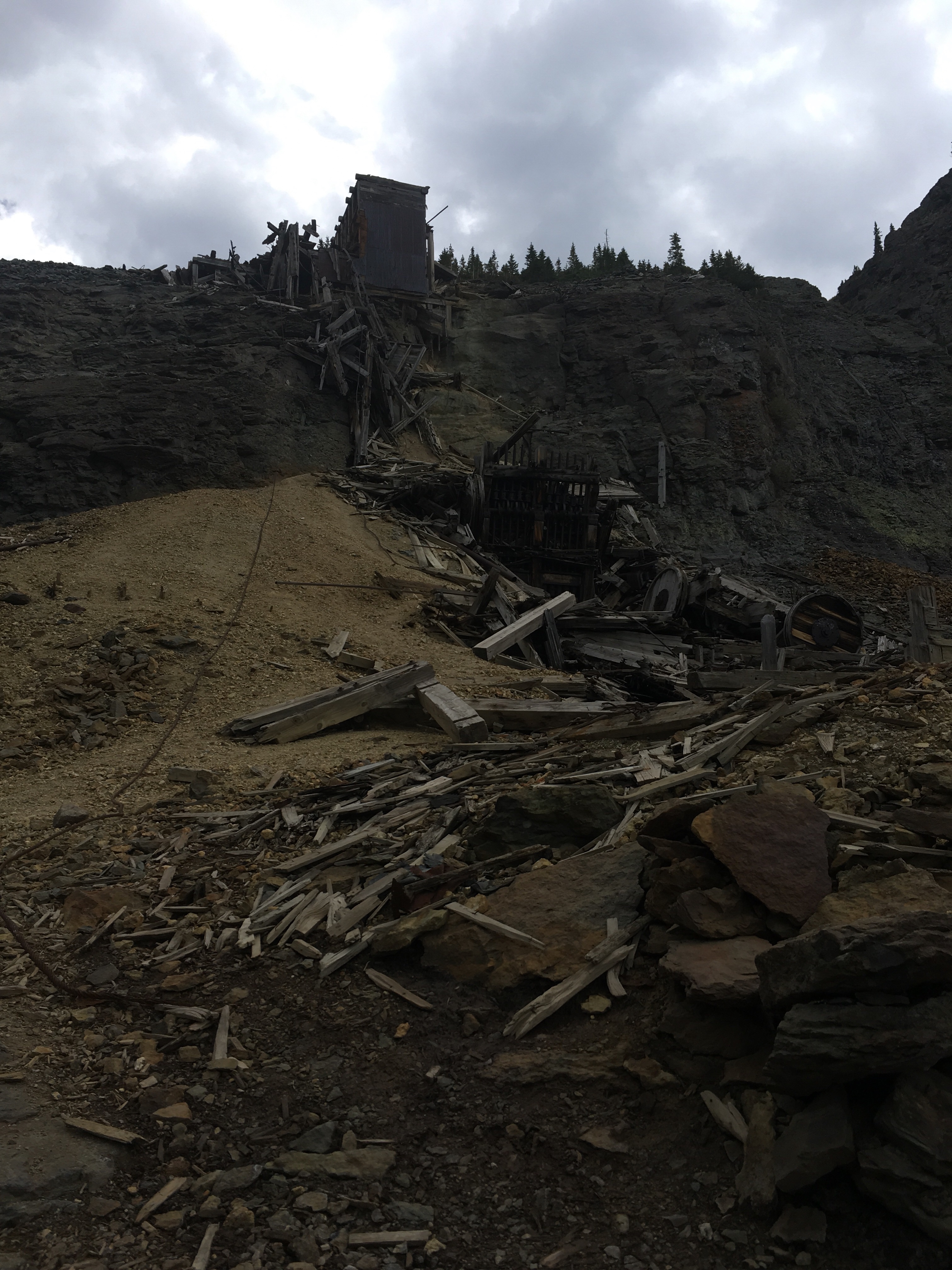 Imogene Pass earned us another Jeep Badge of Honor. There are three other Badge trails in the same area of Colorado, but we’ve nearly off-roaded ourselves into exhaustion. 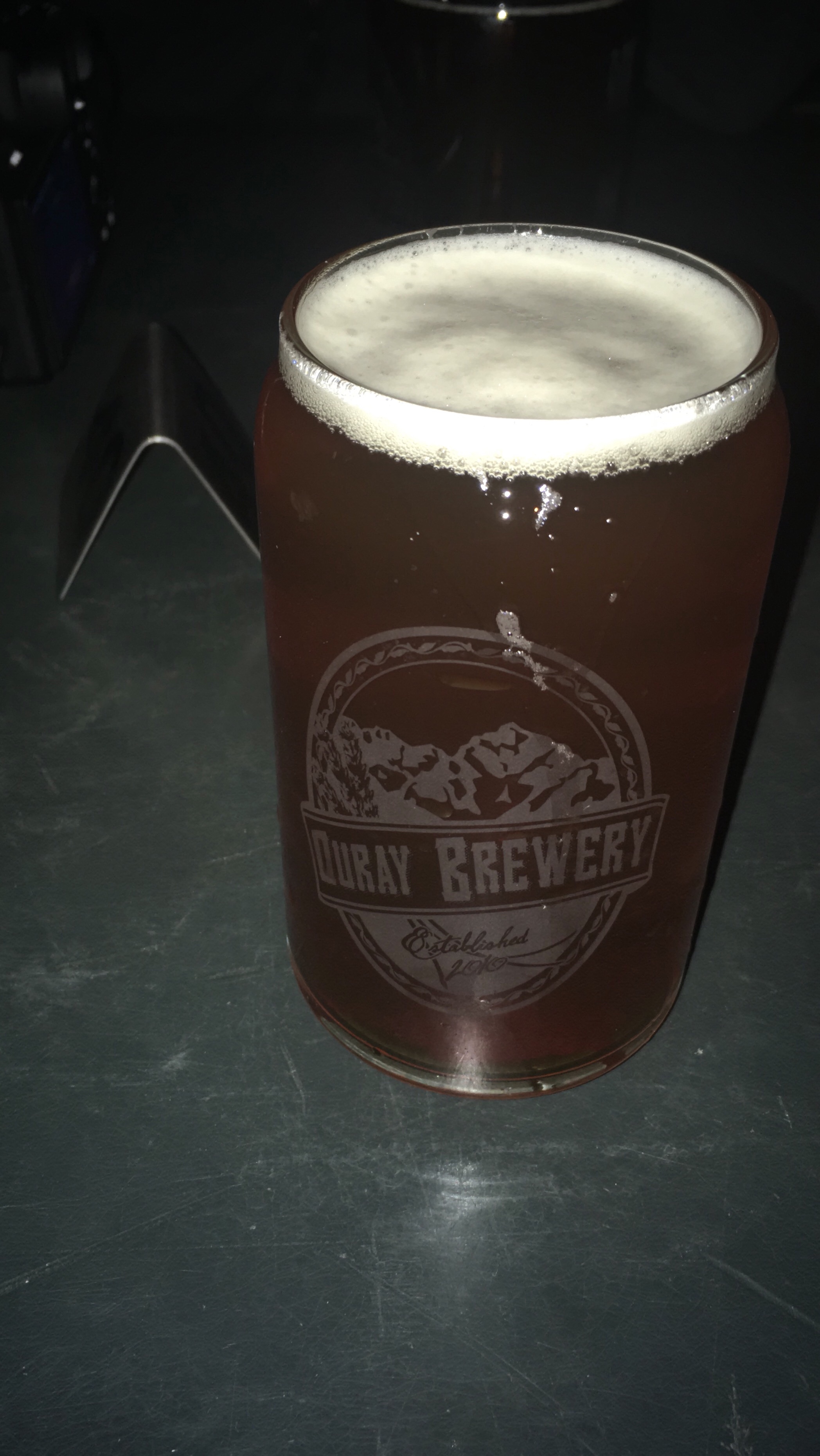 We stopped for a quick dinner at Ouray Brewery on our way down from Imogene Pass, and bunkered down at Ridgway Lodge for the night. Tomorrow would be time to head home.